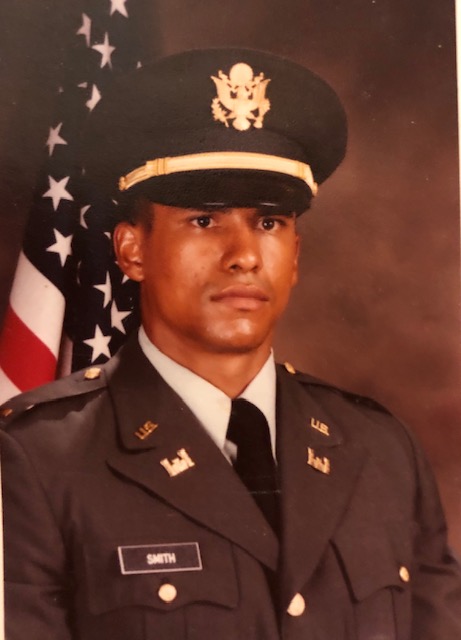 Thank you to the family of Daniel W. Smith – from the board of Directors

Staff Sargent Daniel William Smith III died in his home in Nashua, New Hampshire on February 11, 2020. He was 62 years old.

Daniel was born in Boston, MA on April 27, 1957, the son of Gudrun S. Smith, and the late Daniel W. Smith, Jr. He graduated from Dracut High School, an accomplished student athlete, in 1975, and went on to attend Dartmouth College, where he played football. He graduated in 1979 with a Bachelor of Arts. He continued his studies in religion and philosophy at McGill University in Montreal.

Daniel is survived by and will be deeply missed by his sisters, Dr. Keely Smith and Tana Perezcastaneda; his former wife, Cherise Vassar; nieces and nephews, Chanelle Wimbish and her husband, Brennan; Sabine Elam, Tahriah Clay, Quinton and Desmond Perezcastaneda; and Tavian and Taylyn Moore.

In lieu of flowers, the family prefers donations to be made in Daniel’s honor to https://ipodsforwoundedveterans.org/

“There is a life and there is a death, and there are beauty and melancholy between.” – Albert Camus